Eric and Lara - my kids 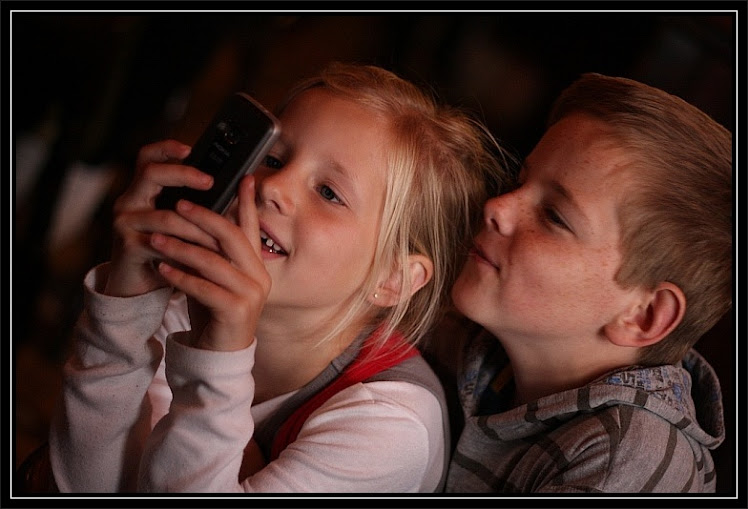 Luckier than the Protea's

Well it appears that Gary Player was correct, the more you do something the luckier you get. I managed to snap this shot with a point and shoot at the cricket last night. OK so the point and shoot is a Canon SX20 boasting a 560mm zoom, but it is still a muk n' druk. 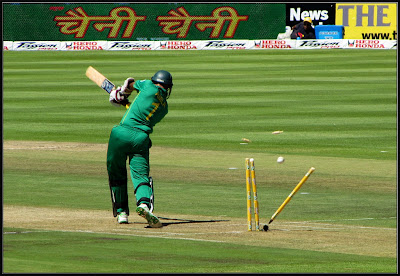 This was a shot I took towards the end of last year showing Henry Davids getting clean bowled by his old team mate, Rory Kleinveldt. The reason I say it's luck is because of the slow response with point and shoot camera's it's nearly impossible to get the timing spot on and to catch the ball and bails in the same shot. It's not the same as shooting at 8 frames per second as you can do with a 7D. Of yes and of course unless you are an Indian bookie it is also luck to know when a batsman is going to have his furniture disturbed. 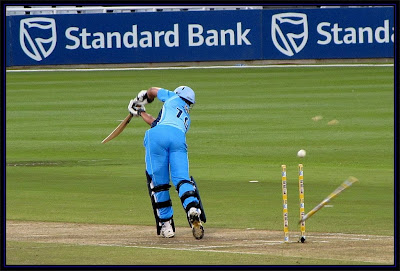 I must confess to enjoying the zoom feature on the SX20 and of course the fact that they allow you to take it in with you. Have being turned away when sporting a DSLR before and told no cameras with detachable lenses. 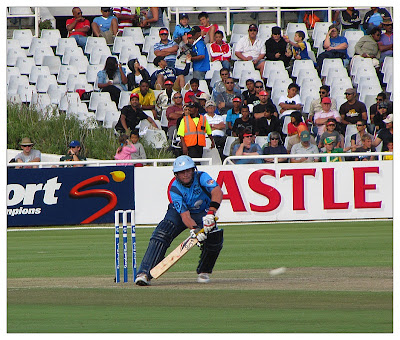 You won't find this shot in the coaching manuals, Roelof van der Merwe goes for the paddle sweep.
Posted by Angus at 3:09 PM